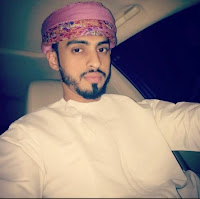 
Mahmoud bin Khalfan bin Salem al-Fazari, aged 22, was arrested on 22 July after being summoned to the police Special Section (al-Qism al-Khas) in the Qurm area of the capital, Muscat, for questioning about his brother, Mohammed al-Fazari, who had fled the country.
After he was arrested, Mahmoud al-Fazari was transferred to Ruwi police station, also in Muscat, and managed to let his family know that he was detained there. His father was allowed one brief meeting with him on 24 July, and saw bruises on his body. During the visit, police officers threatened his father, saying that if his son did not confess to helping his brother flee the country, then other members of their family, including female members, would be summoned to the Special Section for questioning. Mahmoud al-Fazari was returned to the Qurm Special Section, where he is still detained without charge.
Mohammed al-Fazari, a human rights activist and blogger, left Oman for the United Kingdom, arriving on 17 July. He traveled from Oman despite having had his passport and identification card confiscated and having been under a travel ban by the Omani authorities since December 2014. He had been previously detained solely for the peaceful exercise of his rights.

Please note the the email address for the Urgent Action to Minister of Justice in Oman bounces.
http://www.amnestyusa.org/get-involved/take-action-now/oman-release-mahmoud-al-fazari-ua-16715
I've tried it twice in the past week and it has bounced each time.
I've reported this to the UA Team.
angie hougas
Posted by dknit at 9:56 AM