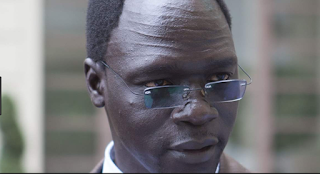 
Matar Younis Ali Hussein, a 48-year-old religious teacher and father of eight who has a visual disability, was charged under the 1991 Penal Code on 24 June for allegedly ‘undermining the constitutional system’ (Article 50) and ‘waging war against the State’ (Article 51), both of which carry a death penalty or life imprisonment. He has also been charged with ‘espionage’ under Article 53 of the Penal Code.

Matar Younis has been a vocal critic of the government’s policy in Darfur and has called for the protection of displaced people. He was arrested by the Sudanese National Intelligence and Security Services (NISS) on 1 April in Zalengi city, Central Darfur.

Amnesty International considers Matar Younis to be a prisoner of conscience who is held solely for peacefully exercising his right to freedom of expression in his public criticism of the government’s policy in Darfur. Amnesty International is also concerned that Matar Younis’ is held in inhumane conditions and his continued and prolonged detention puts him at risk of torture and other ill-treatment. His trial is scheduled for 12 July in Khartoum.


Posted by Melody Scherubel at 5:56 PM