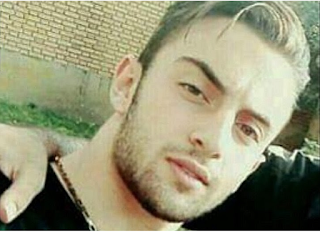 
According to IHR sources, Danial Zeinolabedini is scheduled to be executed after Ramadan, Muslims’ month of fasting, which ends in the first week of June. Danial was along with three others charged with murdering a man identified as Sadegh Barmaki.

Nevertheless, Danial is a juvenile offender. Under the United Nations Convention on the Rights of the Child, which Iran has ratified, the Iranian authorities have an obligation to not issue the death sentence for offenses committed under the age of 18.

CLICK HERE to LEARN MORE
Posted by Melody Scherubel at 8:53 AM