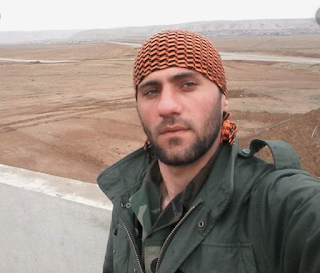 Houshmand Alipour, from Iran’s Kurdish minority, was sentenced to death on 29 December 2019 following an unfair trial on 31 October 2019.  The court relied on a false “confession” which he says was extracted from him under torture and other ill-treatment, to convict him.

He was tried before Branch 1 of the Revolutionary Court in Sanandaj, Kurdistan province, and was convicted of “armed rebellion against the state” (baghi). He was also convicted of several other charges including “spreading propaganda against the system” and “membership of a group with the purpose of disrupting national security”, for which he received a total of 16 years in prison.

Mohammad Ostadghader, who faced trial alongside Houshmand Alipour, was sentenced to 11 years’ imprisonment for multiple charges including “spreading propaganda against the system”. Under Iran’s Islamic Penal Code, he will be required to serve five years in prison.