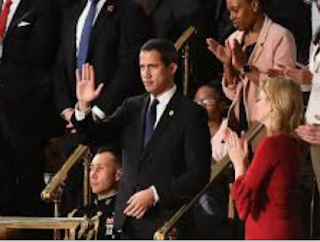 On 30 March, unidentified officers detained Andrea Bianchi, partner to another advisor to Juan Guaidó. Later released, she claims that she was beaten and threatened with sexual violence. At least 10 other individuals connected to National Assembly opposition representatives and staff have been detained in different circumstances in recent months. We demand an immediate halt on the repressive policy against opposition members in Venezuela.