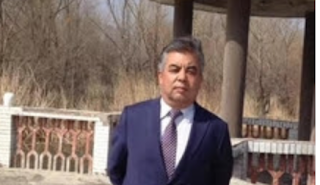 Held incommunicado for three years, prominent Uyghur historian and publisher Iminjan Seydin has suddenly reappeared in a video published by state-run English newspaper China Daily on 4 May 2020. In what appear to be scripted remarks, Iminjan Seydin states that he had not been “illegally detained” and that his daughter was deceived by “anti-China forces”.

His daughter, who was able to have a brief video chat with him two days later, is concerned that Iminjan Seydin is looking very thin and fears she will not be able to communicate with him again as he remains under close surveillance.

Posted by Melody Scherubel at 1:50 PM