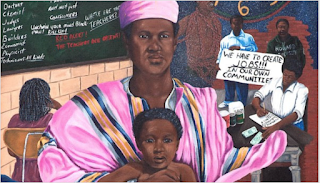 Although not yet illegal in itself, the death penalty continued to be used in ways that violated international law and standards in 2019. Some examples include:

At least 13 public executions were recorded in Iran.

At least 6 people – 4 in Iran, 1 in Saudi Arabia and 1 in South Sudan – were executed for crimes that occurred when they were below 18 years of age; Amnesty International believed that other people in this category remained on death row in Maldives, Iran, Pakistan, Saudi Arabia and South Sudan.

13 People with mental or intellectual disabilities were under sentence of death in several countries, including Japan, Maldives, Pakistan and USA.

“Confessions” that may have been extracted through torture or other ill-treatment were used to convict and sentence people to death in Bahrain, Egypt, Iran and Saudi Arabia.
Death sentences were imposed without the defendant being present (in absentia) in Bangladesh and Lebanon.

You can read or download Amnesty International’s report – Death sentences and executions 2019 here
Posted by Melody Scherubel at 12:15 PM