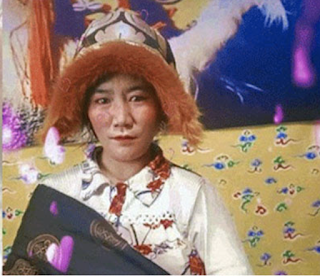 A Tibetan political prisoner is free. But there’s little reason to celebrate.

According to news reports, Norzin Wangmo, from the eastern Tibetan region of Kham, was released unexpectedly on May 2 in extreme poor health. Because of the torture and abuse she faced in prison, she can barely stand on her own two feet. To make matters worse, she is not allowed to get treatment at a hospital.

What crime did Norzin Wangmo commit to merit such harsh punishment? She shared information about a fellow Tibetan who self-immolated in 2013. For that, Norzin Wangmo was interrogated for about 20 hours, subjected to a secret trial and handed a three-year sentence in May 2020. In short, she did not get a fair trial. But because of China’s denial of access to Tibet, news of her arrest did not reach the Tibetan exile community and the outside world until months later.

Posted by Melody Scherubel at 2:20 PM