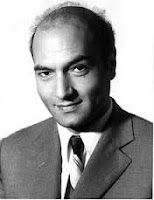 Amnesty International
November 16, 2016
The health of Iranian prisoner of conscience Ali Shariati is rapidly deteriorating. He has been on hunger strike since 31 October to demand his freedom. He is serving a five-year prison sentence imposed on him for his peaceful activism after an unfair trial, including his participation in a peaceful protest to condemn acid attacks against women.