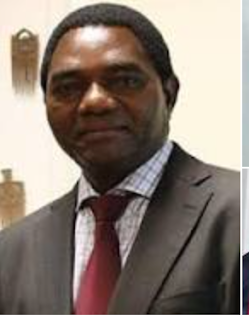 Leader of the United Party for National Development (UPND), Mr Hakainde Hichilema was arrested on 10 April. He has been charged with treason over allegations of obstructing the Presidential motorcade as it was on the way to a traditional ceremony held in the Western Province on 8 April. Treason is a non-bail able offense punishable by death in Zambia. Hakainde Hichilema is being detained at Lilayi Police Camp, a police training school outside Lusaka.

Hakainde Hichilema was arrested alongside UPND vice-president Geoffrey Bwalya Mwamba in Luanshya on 6 October 2016 while on their way to visit their supporters in prison. Some members of the party have been in custody since August 2016. Hakainde Hichilema has always availed himself to the police whenever they have wanted. UPND members and activists have been subjected to harassment and arbitrary arrests in the past.

CLICK HERE to Take Action
Posted by Melody Scherubel at 11:53 AM