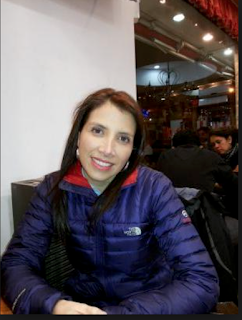 Chilean lawyer Karina Riquelme was followed and surveilled by police intelligence agents because of her work as a defender of Mapuche Indigenous rights.

On the night of 10 July in the city of Temuco (South), two men aimed a green laser for several minutes through the window of lawyer Karina Riquelme’s apartment, where she lives with her 6-year-old daughter. The men left when a colleague of Riquelme arrived at her home.

The day before, when Karina Riquelme was in a hearing, she noticed the intimidating presence of strangers whom she identified as Chilean police intelligence agents.

Karina Riquelme reported to Amnesty International the presence of several agents both inside and outside the courtroom who photographed her and another lawyer.

CLICK HERE to LEARN MORE and to TAKE ACTION

Posted by Melody Scherubel at 1:38 PM