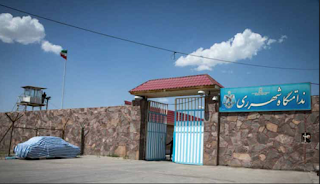 “The reports of the Iranian prison guards’ reckless and heavy-handed response to protests at Shahr-e-Rey prison are deeply alarming. Many prisoners were reported to have received hospital treatment for the effects of tear gas.


CLICK HERE to LEARN MORE
Posted by Melody Scherubel at 8:12 AM