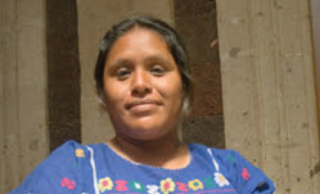 Since 2009, due to their human rights work, Obtilia Eugenio and other OPIM members have received several attacks and threats, including death threats. Obtilia Eugenio was recently elected member of the Indigenous Municipal Council of the Ayutla de los Libres town (Guerrero state). Their fate or whereabouts are unknown. Authorities must urgently search for them and bring those responsible to justice.

Posted by Melody Scherubel at 4:03 PM