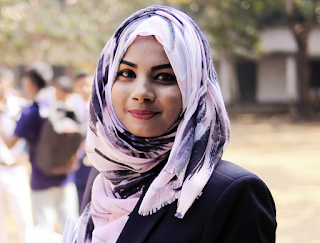 University student Rohima Akter Khushi has been suspended from classes in Cox’s Bazar, Bangladesh just because she is Rohingya.

Rohima was in her second semester of studying law at the International University.

After an international news agency featured the 20-year-old woman in a video story as one of the very few Rohingya young women to have been able to achieve academic excellence, the private university suspended her from continuing further education at the institution on September 6th, 2019. The university authorities told Amnesty International that they suspended her education because no Rohingya can study in any public or private university.

Posted by Melody Scherubel at 2:05 PM