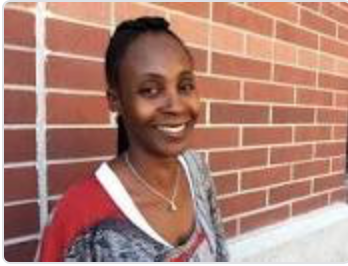 Samira Sabou, a journalist and President of the Niger bloggers association, was freed from Niamey pris-on on 28 July after the judge dismissed all charges of defamation against her.

She had been arbitrarily detained for 48 days, in pre-trial detention, after a defamation complaint, filed by the son of the President, was made against her following a Facebook user’s mention of the President’s son’s name in a comment on a post made on Samira Sabou’s Facebook page.

The 26 May post related to allegations of corruption in the procurement of military equipment on.

Posted by Melody Scherubel at 10:59 AM