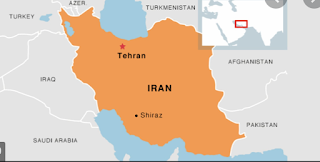 Please find below and attached a Public Statement, in English and Persian, that Amnesty International issued today on the third anniversary of the nationwide protests of December 2017 and January 2018. Amnesty International renews its calls for justice for the dozens of protesters, including children, who were killed by Iran’s security forces across the country, and their bereaved families. The organization urges the international community to pressure the Iranian authorities to stop the recurrent pattern of using lethal force to crush protests.

The Public Statement is available in both English and Persian on the Amnesty International website at the following link:

Posted by Melody Scherubel at 4:21 PM