TIBET: Petition to Pressure China to End Crackdown of Human Rights in Tibet 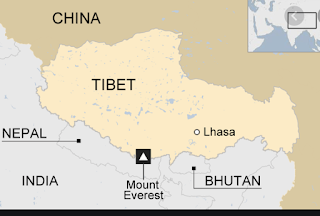 Sangdrol la was just 13 when she went to prison for protesting peacefully against China’s repression. Because she bravely continued to protest behind bars, her sentence was extended three times.

However, thanks to pressure from international activists, including ICT members, China eventually commuted her sentence and let her go in 2002. Today, like the other women in “Tibet in Chains,” Sangdrol la lives in freedom outside Tibet.

“I was sentenced to 23 years in prison,”  “But because [of] support of ICT members, I was released after 11 years.”

Posted by Melody Scherubel at 7:53 AM