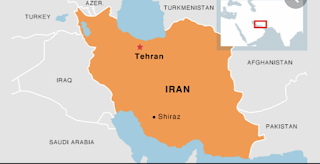 Below is a press release that Amnesty International issued today about how Iranian authorities are banning members of the persecuted Baha’i minority from burying their loved ones in empty plots at a cemetery near Tehran that they have used for decades, instead insisting they bury them between existing graves within the cemetery or at the nearby Kharavan mass grave site for victims of the 1988 prison massacres.

The Kharavan mass grave site, believed to contain the remains of up to several hundred victims of the mass enforced disappearances and secret extrajudicial executions of 1988, has been bulldozed multiple times in recent decades gaining national significance in the struggle for truth and justice. By pressuring Baha’i families to bury their loved ones there, Iranian authorities are putting the mass grave site at further risk of destruction, tampering with forensic evidence, and continuing to commit the crimes against humanity of enforced disappearance, torture and other inhumane acts against the families of those forcibly disappeared and secretly killed.

The press release is also available online at the following link:

Posted by Melody Scherubel at 7:43 AM