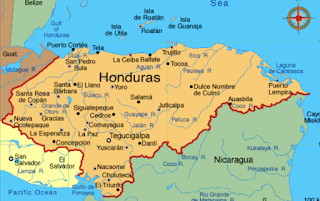 Only two of the eight members of the Municipal Committee for the Defence of Common and Public Assets (CMDBCP), have been so far acquitted and released.

The six prisoners of conscience continue in detention in Yoro (North Honduras), despite the Constitutional Chamber of the Supreme Court of Justice having issued two resolutions in favour of them. Their arbitrary detention is solely for standing up in defence of protected water sources in danger by a mining project. The charges against them must be dropped so that they are and released immediately and unconditionally.

Posted by Melody Scherubel at 6:51 AM