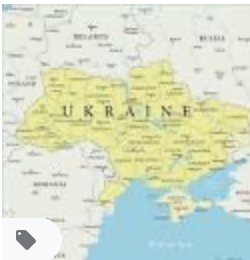 Hope you’ll forgive an action post here but wanted to share the attached action 1-pager on the Ukraine crisis, in PDF and Word formats (the latter for easily copying and pasting text into a letter/email/etc).

The idea is to deluge the Russian Ambassador to the US with emails, calls, letters, postcards, tweets, LTEs, demonstrations, etc, so that he’ll have to report concern from people in the US back to headquarters. It will be one more grain of sand on the scales of pressure to stop Putin from attacking civilians.

We’ve shared this document with the IS and other Sections as well, so they can modify and use it with the Russian Ambassadors to their countries.

The Russian invasion of Ukraine has been marked by indiscriminate attacks on civilian areas and strikes on protected objects such as hospitals. As of today, February 25, 2022, Amnesty International has documented three incidents that it believes to have killed at least six civilians and injured at least 12 more. Indiscriminate attacks violate international humanitarian law (the laws of war) and can constitute war crimes. Tell the Russian Ambassador to the United States, Anatoly Antonov, that the government of Russia must stop attacking civilians and civilian objects in Ukraine and comply with its obligations under international human rights and humanitarian law.

1.     Contact the Russian Ambassador to the United States, Anatoly Antonov, by email, letter, postcard, fax, phone call and Tweet; write a letter to the editor of your local paper; join a protest in front of a Russian embassy or consulate; and share Amnesty’s social media posts

2.     Please email us at campaigns@aiusa.org to let us know the actions you took. It’s important to report because we share the total number with the officials we are trying to persuade and the people we are trying to help.

Ambassador of the Russian Federation

to the United States of America

Three such attacks were carried out in the early hours of the Russian invasion of Ukraine on February 24. The attacks occurred in Vuhledar, Kharkiv and Uman. At 10:30 am local time, a ballistic missile struck near a hospital building in Vuhledar, eastern Ukraine, killing four civilians and wounding ten more. Another of the attacks was carried out at approximately 8 am local time, in the Kharkiv region. The likely target was the nearby Chuhuiv Air Base, but instead a Russian weapon struck a residential block, causing extensive fire damage and apparently killing at least one civilian man and injuring at least two civilian women. In another attack occurring at 7 am in Uman, a civilian man appears to have been killed by a strike that also damaged a nearby restaurant. The Russian military has shown a blatant disregard for civilian lives by using ballistic missiles and other explosive weapons with wide area effects in densely populated areas. Some of these attacks may be war crimes.

I urge you to do everything in your power to ensure that the government of Russia stops attacking civilians and civilian objects, takes responsibility for these acts, immediately stops carrying out indiscriminate attacks in violation of the laws of war and holds perpetrators to account. The continuation of the use of ballistic missiles and other inaccurate explosive weapons causing civilian deaths and injuries is inexcusable.

Impartiality: As a matter of global policy, Amnesty generally takes no position on the desirability or otherwise of  particular military interventions or other forms of armed conflict, other than to demand that all participants must respect international human rights and humanitarian law. Any activism or social media posts in the name of Amnesty International in relation to this conflict must reflect Amnesty International’s impartiality and adhere to the calls in the organization’s public documents, including this one.

Participating in Demonstrations: Please follow CDC protocols for protection against COVID-19. When attending with clothing or signs that identify you as part of Amnesty International, please use messaging that says: Russia: Stop Attacking Civilians in Ukraine; I Stand with Ukraine; Ukraine: You are Not Alone; or Protect Civilians in Ukraine. You can use the hashtag #IStandWithUkraine for posting photos and videos of the demonstration on social media.

Letters to the Editor are a great (and quick) way to respond to articles. Make sure that you specifically identify the article you are responding to in your LTE and that you make your argument succinctly, using the points in this action document to call on Russia to stop attacking civilians. Check word limits, since they’re rarely over 200 words. LTEs are usually in direct response to a piece that has already appeared in print, and they in turn will be featured in the print edition.

PLEASE TAKE ACTION AS SOON AS POSSIBLE: Please continue to take action as long as the government of Russia continues its invasion of Ukraine. To report your actions or ask questions, please email us at campaigns@aiusa.org

Posted by Melody Scherubel at 2:56 PM