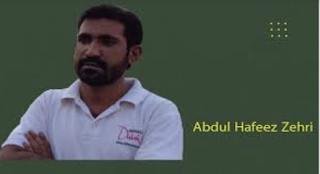 Abdul Hafeez, 37, who ran an appliance installation and servicing company in Dubai, was apprehended by Emirati authorities outside his home on January 27, 2022, and subsequently detained. Just eight days later, Abdul was forcibly deported back to Pakistan.

Emirati police did not give his family any information about his arrest, and only asked for his passport. Since then, they remain in the dark about his whereabouts, the charges against him or what legal recourse they have, if any. Abdul’s family believes he is in extreme danger in Pakistan, which is why he immigrated to the UAE in 2012 following deadly attacks against other family members in the past.

Pakistani authorities must reveal Abdul Hafeez’s whereabouts, allow him regular contact with his family and lawyer, and guarantee his rights to fair trial and due process of law.

Posted by Melody Scherubel at 11:53 AM