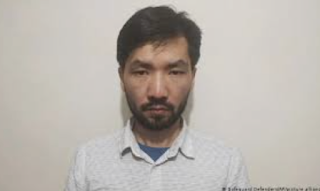 Idris Hasan, an ethnic Uyghur living in Turkey, was arrested in July 2021 in Morocco on the basis of an Interpol red notice, which has since been cancelled.

The Chinese government reportedly considers him a “terrorist”, which Chinese law defines in an overly broad and vague manner, because of the work he had previously done for Uyghur organizations.

Posted by Melody Scherubel at 8:52 AM