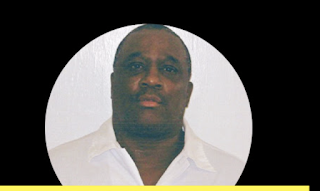 Rocky Myers is sitting in a cell in Alabama, facing execution for a crime he says he did not commit.

And today is his birthday.

Rocky’s case is one of the many reasons the death penalty should be abolished. He was convicted by a nearly all-white jury for the murder of a white neighbor.

What’s worse is that the trial judge overrode the jury’s life sentence and imposed the death penalty — a practice banned in 2017, but not applied retroactively to Rocky’s sentence.

In honor of Rocky’s birthday, join us to urge Alabama Governor Kay Ivey to commute his death sentence.

Click HERE to TAKE ACTION:  , You can send your letter to the Governor in just two clicks. We cannot waste any time.
Posted by Melody Scherubel at 4:13 PM