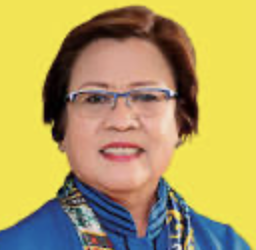 While the previous justice secretary announced they will not drop the charges against her, new Justice Secretary Jesus Crispin Remulla has said he is open to reviewing her cases after three witnesses retracted their testimonies against her.

We call on the new administration to carry out this review urgently and impartially, with a view to dropping the charges against Leila and ensuring her immediate release.

Posted by Melody Scherubel at 4:13 PM