NIGERIA: Tell Ester Kiobel You Stand with Her - ONLINE ACTION 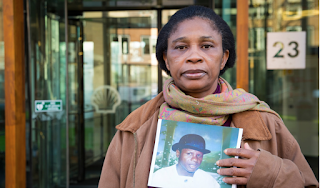 Esther Kiobel is taking on one of the world’s biggest oil companies – Shell – in a final fight for justice. She has pursued them for more than 20 years, accusing Shell of colluding in her husband’s killing.

Shell’s quest for oil has devastated the once fertile land in the Niger Delta. Decades of oil spills have ravaged farmland and rivers, contaminated water, put people's health at grave risk and left communities destitute. In response, one of those communities, the Ogoni people, launched a protest movement in the 1990s that government security forces took every opportunity to crush. Shell urged the government to deal with these protests, even after it knew that serious abuses were taking place.

The military killed and tortured people in a brutal crackdown that culminated in the 1995 sham trial and hanging of nine Nigerian men, including Esther’s husband, Dr Barinem Kiobel.

22 years later, Esther is taking Shell to court to get justice for her husband's killing.  In a classic David vs Goliath face-off, Esther will finally see her case with Shell go to court this June in the Netherlands.

CLICK HERE to Tell Esther You Stand with HER

Posted by Melody Scherubel at 3:36 PM