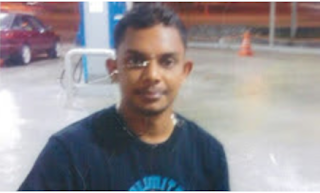 The family of Prabagaran Srivijayan, a Malaysian national, have been informed that his execution has been scheduled in Singapore for 14 July 2017. Against international law and standards, he was convicted of and sentenced to the mandatory death penalty in 2012 for drug-related offences. He has an appeal pending before the courts of Malaysia.

A 29 year-old Malaysian national, Prabagaran Srivijayan was convicted of and sentenced to the mandatory death penalty on 22 July 2012 for attempting to import 22.24g of diamorphine into Singapore.

Prabagaran Srivijayan has consistently maintained his innocence. He holds that he had no knowledge of the drugs that were found in the arm rest of a car he borrowed. Under Singaporean law, prohibited substances found in a vehicle are automatically presumed to be in the possession of the driver at that time. In these circumstances, the burden of proof is therefore shifted onto the defendant, violating the presumption of innocence and the right to a fair trial. Additional fair trial concerns have been raised by his lawyer, including the failure of Singaporean authorities to investigate leads and call upon two witnesses that Prabagaran Srivijayan claims could corroborate his innocence.

In an effort to seek remedy for these violations, his legal representatives launched a case in Malaysia in March 2017 to urge the country to seek the intervention of the International Court of Justice.
An appeal on the matter is still pending and the authorities of Singapore have been made aware of the ongoing litigation. International safeguards guaranteeing protection of the rights of those facing the death penalty clearly state that the death penalty must not be carried out while appeals or other recourse procedures are pending.
CLICK HERE to TAKE ACTION
Posted by Melody Scherubel at 6:45 PM