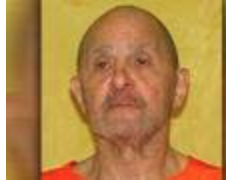 
The Ohio parole board has recommended against clemency for Raymond Tibbetts despite a juror telling them that he would have voted for life if the jury had heard mitigation evidence revealed since the trial. The Governor can still grant clemency.
On 8 February 2018, five days before Raymond Tibbetts was due to be executed for the 1997 murder of Fred Hicks, the Ohio Governor issued an eight-month reprieve and sent the case back to the parole board after he received a letter in favour of clemency from a man who had served as a juror on the case and had since learned of the mitigation evidence not presented at the 1998 trial.

The juror wrote that “[b]ased on what I know today I would not have recommended the death penalty.”  In 2011, a federal judge described the trial lawyer’s “failure to engage in basic preparation” of evidence about Raymond Tibbetts’ traumatic upbringing, and wrote that evidence revealed since showed “a much more chaotic and abusive environment” in parental and foster care than the jurors heard about.

These “shocking” and “utterly disturbing” details would have given jurors “compelling” reasons to vote for life. Under Ohio law, just one juror voting against the death penalty would have made resulted in life imprisonment.

Posted by Melody Scherubel at 12:27 PM