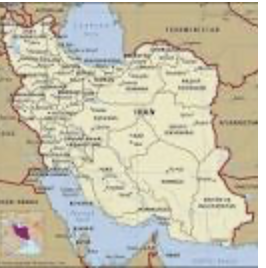 This document contains the details of 324 men, women and children documented by Amnesty International as having been killed by Iran’s security forces during their crackdown on mass protests that erupted across Iran between 15 and 19 November 2019, following the government’s announcement about the significant overnight rise in the price of fuel.1

Amnesty International believes that the real number of those killed is higher than 324. The organization is aware of scores of additional names that have been reported online, but has assessed that it does not yet have sufficient reliable details to include them in its list of 324 recorded deaths. The lack of access to information is due, in large part, to the climate of intense fear created by the authorities, which has resulted in fewer families and other informed individuals being willing to speak out.

On 16 November 2021, Amnesty International published some of these reported names in Persian on its Telegram, Instagram and Twitter accounts, and invited anyone with information about them or other victims hitherto unknown to contact the organization. The selection of these reported names was based on the amount of information available online about the date, place and circumstances of the alleged deaths, and/or the availability of pictures said to be depicting the reported victims and/or the gravesites where they were buried.

Amnesty International has found the security forces’ use of lethal force against the vast majority of those killed to be unlawful. In almost all protests that took place between 15 and 19 November, there is no evidence that people were in possession of firearms or that they posed an imminent threat to life that would have warranted the use of lethal force, according to extensive research, including video analysis, conducted by Amnesty International. The organization is aware of two reported exceptions in one city on 18 November and early hours of 19 November where gunfire is believed to have been exchanged between a number of protesters and security forces.

Amnesty International has found that at least 238 of the recorded deaths resulted from incidents that took place over just two days on 16 and 17 November.

Posted by Melody Scherubel at 12:13 PM