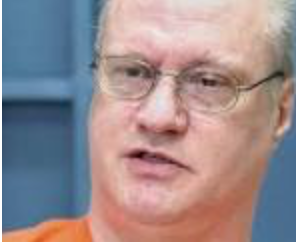 Michael Lambrix is scheduled to be executed in Florida at 6pm on 5 October. Twenty-three years old when he was sent to Florida’s death row in 1984, he is now 57. He maintains that he acted in self-defence during the crime in question.

Clarence Moore and Aleisha Bryant were killed on 6 February 1983 and buried near the trailer home that Cary Michael Lambrix shared with Frances Smith. Michael Lambrix was charged with murder. His 1983 trial ended in a mistrial after the jury could not agree on a verdict. At retrial in 1984, the jury voted to convict him of two counts of first-degree murder and recommended the death penalty, by 10 votes to two for one murder and eight to four for the other. Michael Lambrix maintains his innocence of pre-meditated murder, claiming he acted in self-defence when Clarence Moore fatally attacked Aleisha Bryant and came at him when he tried to stop the assault.

CLICK HERE to TAKE ACTION
Posted by Melody Scherubel at 8:13 AM