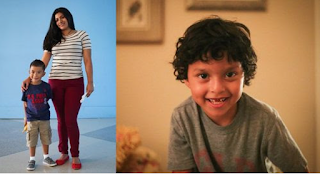 On 17 August, four-year-old Carlos and 16-year-old Michael along with their mothers, Lorena and Maribel (all names changed to protect their identities), were ordered released from Berks County Residential Center in Pennsylvania by an immigration judge after nearly 700 days in detention. This follows the release of two other young boys and their mothers held in Berks for over 22 months on 7 and 14 August.

Carlos and Lorena fled threats, intimidation and severe and repeated gender-based violence in Honduras before arriving in the United States in October 2015. They were held at the Berks County Residential Center, a US Immigration and Customs Enforcement (ICE) detention centre in Pennsylvania, for over 22 months. Michael and Maribel were also held there for over 22 months. They fled El Salvador in October 2015 following constant death threats to the family when Michael was targeted for gang recruitment.

Posted by Melody Scherubel at 2:43 PM