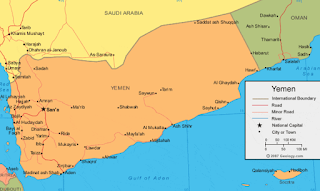 Yemenis who left everything behind to come to the US have been stuck in Malaysia for months because of the discriminatory Muslim and Refugee Travel Ban.

Dozens of Yemenis won an opportunity to immigrate to the United States through the Diversity Visa Program and travelled to Kuala Lumpur, the capital of Malaysia, in late 2016 and early 2017 for processing at the US embassy. After their interviews at the embassy in Kuala Lumpur, the embassy informed them that either their diversity visas were in administrative processing or that their applications had been denied.

After attending interviews in the US embassy, the Immigrant Visa Unit of the embassy notified nine of the group with whom Amnesty International has communicated that as a result of the Executive Order banning travel to the US by individuals from six Muslim-majority countries (including Yemen), their applications would remain in administrative processing until the 90-day period of travel restriction passes. Given that the current diversity applications will be nullified at the end of September due to the visa lottery cycle, suspending the issuance of visas until the expiry of the 90-day travel ban provides an extremely short window of opportunity for applicants to be awarded a positive decision and to be able to immigrate to the US.

Posted by Melody Scherubel at 9:01 AM