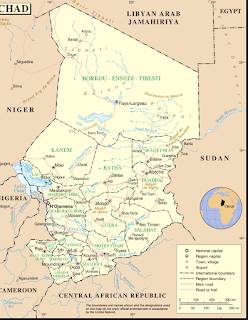 Alain Didah Kemba, spokesperson of the Chadian youth movement IYINA, was arrested on 19 February for allegedly attempting to burn a tire on the street. He is being detained at the Police Headquarters without charge. Alain has reported that he was beaten on his legs and the soles of his feet during an interrogation and his lawyer says he can barely stand on his feet as a result.

Posted by Melody Scherubel at 3:47 PM