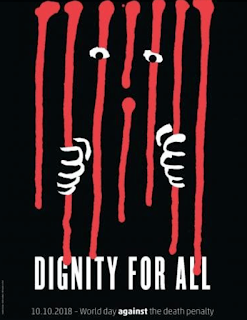 Every year several hundred people are executed by the Iranian authorities. According to reports by Iran Human Rights (IHR) and other human rights groups, death row prisoners have often no access to a defence lawyer after their arrest and are sentenced to death following unfair trials and based on confessions extracted from them under torture.

These are issues which have been addressed in IHR’s previous reports. The current report is based on first-hand accounts of several inmates held in Iran's prisons and their families. The report seeks to illustrate other aspects of how the death penalty affects the inmate, their families and, as a consequence, society.

Posted by Melody Scherubel at 8:21 AM