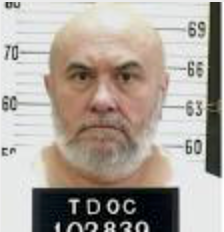 Edmund Zagorski has been on death row in Tennessee for over 30 years after allegedly receiving ineffective counsel. He was scheduled to be executed on 11 October, using a three-drug lethal injection. After challenges made through litigation, the state Governor issued a ten-day reprieve to allow for preparation of the execution.

Edmund Zagorski was convicted in 1984 of the first-degree murders of two men. The State of Tennessee presented evidence that Edmund Zagorski promised to sell them marijuana, then shot and killed both men.
In the penalty phase of his original trial, Edmund Zagorski expressed a desire to receive the death penalty, rather than spend his life in prison. Edmund Zagorski claimed the statements he made to police were coerced; that police kept him in isolation, deprived him of sunlight, and exposed him to extreme temperatures while he was detained.
He appealed his original conviction, stating that police coerced him to implicate himself in the murders, improperly withheld evidence, and that he did not receive effective counsel.
Please take action before October 21, 2018.
CLICK HERE to LEARN MORE and to TAKE ACTION

Posted by Melody Scherubel at 3:45 PM