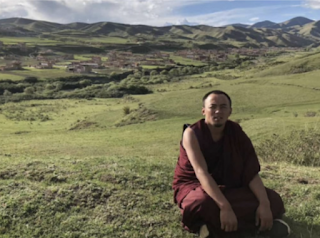 Tibetan monk Rinchen Tsultrim was sentenced to four years and six months in prison in March 2020 without a fair trial.

His family members only learned of the sentencing a year later when they were officially informed he was being held in an unnamed prison in Chengdu, Sichuan Province.

No other information about his condition or even the charges against Tsultrim Rinchen have been shared to date. His family believes he has been imprisoned for expressing political views on his WeChat account and personal website.

Posted by Melody Scherubel at 5:19 PM