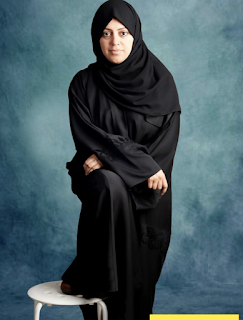 Nassima bravely campaigned for an end to the male guardianship system and the driving ban on women. For this, she was sentenced to five years in prison and five years travel ban, backdating to when she was first arrested in July 2018. With two years suspension, Nassima was finally released earlier this month. The travel ban still stands, and we will continue to call on the Saudi government to lift it with immediate effect.

Posted by Melody Scherubel at 5:07 PM