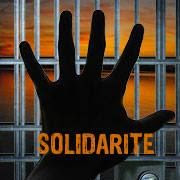 Human rights lawyer  and two others have been sentenced to 15 months in jail on trumped-up charges. Mahienour El-Massry is a prisoner of conscience detained solely for exercising her right to peaceful expression and assembly. The three are in prison, but will appeal.

Human rights lawyer Mahienour El-Massry, journalist Youssef Shaaban and activist Loay El-Kahwagi were sentenced to 15 months in prison on 31 May by El-Raml Appeal Misdemeanour Court in the city of Alexandria. The ruling can be appealed, but their lawyer has told Amnesty International that the court has not yet published its reasons for the verdict. Once it does, the lawyer will appeal. The three were already in detention after attending the first session of the appeal on 11 May. The judge ordered them to be detained until the verdict.
Click here for addresses and more information about this URGENT ACTION.
Posted by dknit at 5:44 AM