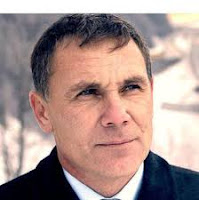 On 25 June, the Tambov Regional Court in Russia will hear Yevgeniy Vitishko’s appeal against the refusal to grant him parole. If unsuccessful, he will only be eligible again in six months’ time. Yevgeniy Vitishko is a prisoner of conscience and must be released immediately and unconditionally.
On 15 April, the Kirsanovskii District Court in Tambov Region rejected Yevgeniy Vitishko’s request for parole. At the hearing, the administration of the penal colony insisted that he could not be granted parole as he had received a number of reprimands. The reasons for the reprimands included giving one of his personal clothing items to another prisoner who did not have warm clothes and was cold; sitting on his bed at an unauthorized time; sleeping in an isolation cell at an unauthorized time; storing food in an unauthorized place; receiving correspondence from his lawyer without notification of the penal colony administration; and “negligent attitude towards weeding tomatoes.”

Click here for addresses and more information about this URGENT ACTION.