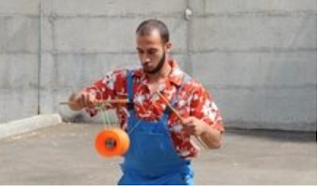 Mohammad Faisal Abu Sakha continues to be held in Ketziot prison inside Israel in flagrant violation of the Fourth Geneva Convention, which provides that detainees from the population of an occupied territory must be detained within that territory. His family, who lives in the occupied West Bank, must apply for permits from the Israeli authorities to visit him and have faced problems obtaining them. Permits for his mother and father were denied on “security” grounds for almost all of the last three months of 2016.