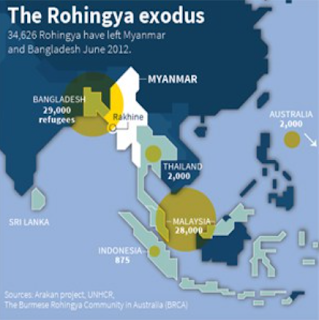 Amnesty International, June 22, 2017
The confirmed death in custody of a child detained in November 2016 in northern Rakhine State as part of “clearance operations” increases fears for the safety of hundreds of detained Rohingya men and boys. All remain at risk of torture and other ill-treatment and of being subjected to unfair trials.
On 5 June 2017, the Office of Myanmar’s State Counsellor released a statement announcing that Mammud Rawphi, aged between 13 and 15, died on 2 February “while receiving medical care for inflammation of the stomach”. He had been detained at the Border Guard Police Camp 3 since his arrest on 12 November 2016. His death brings to eight the total reported deaths in custody of men and boys who had been detained as part of military clearance operations in northern Rakhine State. While an investigation has been initiated in at least one of these deaths, the outcome has not yet been made public.
According to the State Counsellor’s Office, five children are currently detained at the Border Guard Police Camp 3 while their trials for murder, for being a member of an unlawful association and other offences is ongoing at a juvenile court. In addition, credible sources report that at least six other children arrested during clearance operations are being held in Buthidaung prison in Rakhine State. There are concerns that they are being tried in an adult rather than juvenile court.
CLICK HERE to TAKE ACTION

Posted by Melody Scherubel at 11:10 AM