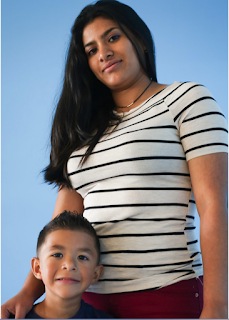 We recently helped two young children and their mothers who fled violence in their native countries in Central America get released from over 600 days in immigration detention.

Three-year-old Diego and eight-year-old “Antonio” have spent much of their childhood behind the walls of a detention center in Berks County, Pennsylvania despite having proven that they and their mothers posed no safety or flight risk while their asylum petitions are reviewed.

Two other children and their mothers who have been at Berks for an extended time remain. AIUSA continues to fight for their freedom, and for an end to family detention.

Posted by Melody Scherubel at 11:30 AM