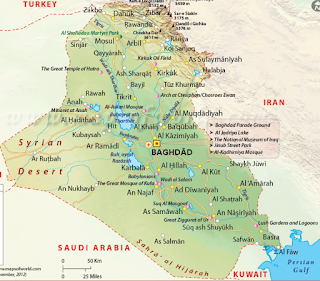 
The 42-year-old housewife had two minutes to defend herself against charges of supporting the Islamic State.

Amina Hassan, a Turkish woman in a flowing black abaya, told the Iraqi judge that she and her family had entered Syria and Iraq illegally and lived in the Islamic State’s so-called caliphate for more than two years. But, she added: “I never took money from Islamic State. I brought my own money from Turkey.”

The whole trial lasted 10 minutes before the judge sentenced her to death by hanging.
Posted by Melody Scherubel at 10:51 AM