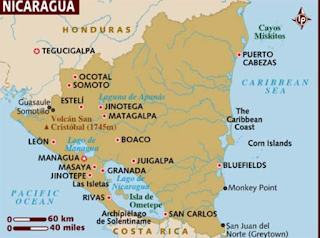 Since 18 April, several protests have taken place all over the capital city of Managua as well as other cities in Nicaragua (Bluefields, León, Estelí, Masaya), mobilizing hundreds of people from different sectors of society that were in disagreement with reforms to the social security system.

At least 28 people have been killed and there are reports of several injured, detained and disappeared.
Although President Daniel Ortega announced on 22 April the derogation of social security reforms, reports of demonstrators detained and disappeared persist.
Repression against journalists has been particularly strong and scaling. When the demonstrations began on 18 April, security forces and armed civilians who sympathize with the government hit several journalists and threatened them with stealing their equipment. On 19 April, the government censored national media, and took three channels off the air. On 21 April, an unknown assailant fatally shot a journalist in the head while he was doing a Facebook Live broadcast of the commotions taking place in Bluefields.
CLICK HERE to TAKE ACTION
Posted by Melody Scherubel at 8:13 AM