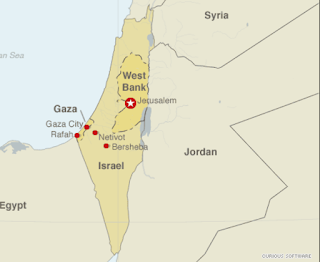 
On 30 March, Yousef al-Kronz, 20, and Mohammad al-‘Ajouri, 17, from Gaza City, were among the hundreds of people shot and wounded with live ammunition by Israeli forces during Land Day protests near the fence that separates Gaza from Israel. Both young men were transferred to al-Shifa Hospital in Gaza City for treatment of serious injuries that placed them at risk of losing their legs. As al-Shifa Hospital did not have the required medical equipment to save their legs, doctors referred both men to Al Istishari Arab Hospital in Ramallah. On 1 April, human rights groups Adalah and the Gaza-based al-Mezan Centre submitted a request to exit Gaza on behalf of both men to the Israeli military Coordinator of Government Activities in the Territories (COGAT).
As in many other cases, COGAT did not respond to the request and the two rights organizations sent an urgent letter on 4 April requesting authorization for Yousef al-Kronz’ and Mohammad al-‘Ajouri’s immediate transfer from Gaza to Ramallah. On 5 April, Adalah was informed that COGAT refused the men's requests apparently because of their participation in mass protests on 30 March. On 8 April, both organizations filed a petition to the Israeli Supreme Court demanding that Israel allows the two seriously wounded young men to leave the Gaza Strip to Ramallah, where their legs could possibly be saved. Despite the urgency of the request, the court decided not to hold an immediate session and gave the government three days to respond.
CLICK HERE to TAKE ACTION
Posted by Melody Scherubel at 3:30 PM