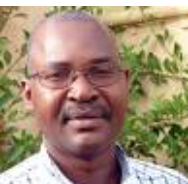 
They have been charged with ‘organisation and participation in a prohibited demonstration’, ‘complicity in violence’, ‘assault’ and ‘destruction’ in connection with a peaceful protest organised by their organisations, but which they did not attend.

CLICK HERE to TAKE ACTION
Posted by Melody Scherubel at 10:32 AM