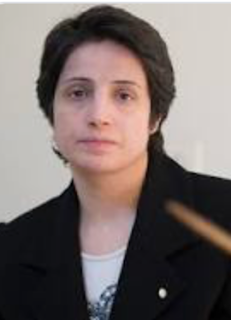 Jailed human rights lawyer Nasrin Sotoudeh’s health is at serious risk after the Iranian authorities returned her to prison from hospital, even though a doctor said she needed a heart-related medical procedure. She had been hospitalized when her health severely deteriorated on a hunger strike, which she is doing in protest at the Iranian authorities abuses in the criminal justice system, including their refusal to release eligible prisoners held on politically motivated charges. She is a prisoner of conscience who must be released immediately and unconditionally.

Posted by Melody Scherubel at 11:18 AM