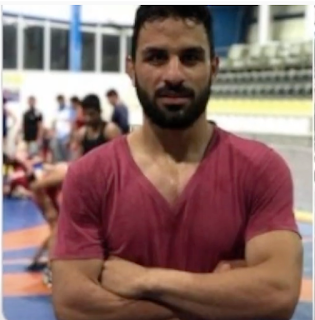 The secret execution this morning of wrestling champion Navid Afkari, without prior notice to him, his family or lawyer, after a grossly unfair trial, is a horrifying travesty of justice that needs immediate international action.

Before his secret execution Navid Afkari, 27, was subjected to a shocking catalogue of human rights violations and crimes, including enforced disappearance; torture and other ill-treatment, leading to forced “confessions”; and denial of access to a lawyer and other fair trial guarantees.

“This young man desperately sought help in court to receive a fair trial and prove his innocence. Leaked voice recordings of him in court expose how his pleas for judges to investigate his torture complaints and bring another detainee who had witnessed his torture to testify were unlawfully and cruelly ignored,” said Diana Eltahawy.

Before his execution, another voice recording from inside prison was released, in which he said: “If I am executed, I want you to know that an innocent person, even though he tried and fought with all his strength to be heard, was executed.”

“Given the impunity which prevails in Iran, we urge the international community, including UN human rights bodies and EU member states, to take strong action through public and private interventions,” said Diana Eltahawy.“We deplore the Iranian authorities’ repeated use of the death penalty, which has earned it the shameful status of consistently being among the world’s most prolific executioners. There is no justification for the death penalty, which is the ultimate cruel, inhuman and degrading punishment, and we urge the Iranian authorities to abolish it.”

Posted by Melody Scherubel at 2:35 AM