IRAN - Men in Danger of Amputation of Fingers - PRESS RELEASE 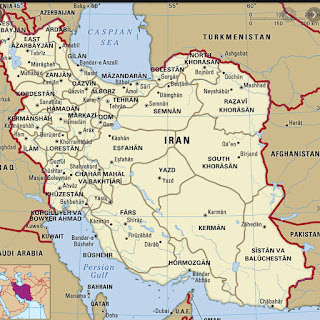 The international community must do everything in its power to stop Iranian authorities from amputating the fingers of four men convicted of robbery following forced “confessions” and grossly unfair trials, said Amnesty International today.

According to information obtained by the organization, the sentences against the four men, Hadi Rostami (33), Mehdi Sharfian (37), Mehdi Shahivand (42) and Kasra Karami (40), have been upheld by Iran’s Supreme Court and referred to the Centre for the Implementation of Sentences. The sentences may be carried out at any moment.

The four men, currently held in Urumieh prison in West Azerbaijan province, are sentenced to “have four fingers on their right hands completely cut off so that only the palm of their hands and their thumbs are left”, as per the punishment stipulated for certain types of robbery under Article 278 of Iran’s Islamic Penal Code.

“Carrying out such unspeakably inhumane punishments is not justice and underlines the cruelty of Iran’s criminal justice system. Amputation constitutes torture, which is a crime under international law, and an abhorrent assault on human dignity,” said Diana Eltahawy, Deputy Regional Director for the Middle East and North Africa at Amnesty International.

“We call on the Iranian authorities to immediately and unconditionally stop such shocking acts of cruelty. The international community must urgently act to ensure the sentences are quashed. The prosecution and judicial authorities responsible for ordering and executing such practices should know that they are liable to face criminal prosecution under international law.”

Posted by Melody Scherubel at 1:07 PM