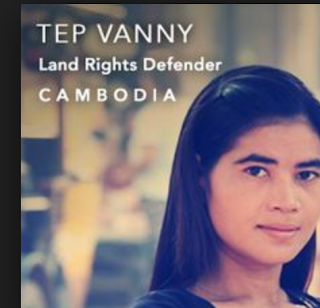 Tep Vanny is a symbol of peaceful activism in Cambodia, but she’s now in prison for bravely defending the rights of others in her community.

In central Phnom Penh, authorities have forcibly evicted thousands of families from their homes, but Vanny won’t stand for it.

For almost 10 years she’s been fighting for justice in her community, and along with other brave activists, she’s been targeted by authorities, harassed, beaten, arrested and imprisoned.

The government are attempting to silence her voice and show activists like her what can happen if they speak out.