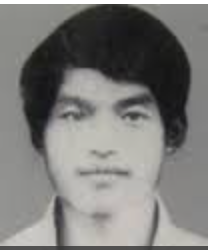 Lahpai Gam was arrested, along with six other people, by Myanmar army officials in June 2012 in Kachin State. Working as a herdsman tending cows at the time, he was held incommunicado for almost a month before being transferred to Myitkyina prison. Lahpai Gam was tortured by the military during interrogation. In addition to being beaten with an iron rod and having a bamboo stick rolled up and down his knees, he was forced into same-sex intercourse with another male inmate.

Lahpai Gam was charged in 2012 with being a member of the Kachin Independence Army (KIA) under Article 17(1) of the 1908 Unlawful Association Act and with four counts under the 1908 Explosive Substances Act. He was sentenced to a total of twenty years’ imprisonment. However, due to insufficient evidence, the Supreme Court overturned the convictions for the Unlawful Association Act and two counts under the Explosive Substances Act.

The two remaining charges under the Explosive Substances Act which relate to bombs that were planted near different bridges in Kachin State were upheld on the basis of a confession letter dated from the time he was tortured and held incommunicado. Lahpai Gam was sentenced to eight years’ imprisonment under these charges, however according to sources, he maintains that he is solely a farmer and not a member of the KIA and has never signed a confession letter nor planted the bombs.

CLICK HERE to Learn More and to TAKE ACTION
Posted by Melody Scherubel at 12:35 PM